GAASTRA VERSUS EINSTEIN AND NEWTON

Self made astronomer goes to NPA-congress in USA

Next month Groninger citizen Eit Gaastra will go the USA to take part in a congress which is organized by the Natural Philosophy Alliance (NPA). This association of scientists is going to give him 600 dollar to enable the trip for him. Gaastra dedicates his life to the development of an alternative for conventional theories within astronomy and physics of well known names like Newton and Einstein.

On the University of Groningen the self made astronomer - with a MSc chemical engineering but not employed as a chemical engineer - can't make contact. Regularly he comes to the astronomy department of the university to read magazines, but in vain he tried to get in contact two years ago. “When I come back from Denver I will try to make contact with the astronomy department for a second time to see if a different look at the universe can get a chance. It can't be denied anymore that along with the big bang model there is an alternative in the form of an infinite universe model that is being worked out by a growing number of scientists.”

“In the first instance it is not a matter which model is the best. Right now it is important that scientists admit that something is very wrong in saying that: ‘We know what the truth is, and therefore we don't have to look at any alternatives, so we won't.’ At such a time, science has become dogma. The bottom line is that astronomers and physicists are being brainwashed from the very beginning of their studies, they have the theory of relativity and the big bang model implanted as the indisputable truth. I hope there can be a change in this respect. ”

The NPA was founded in 1994 by Dr. John E. Chappell, who passed away last year. Within this organization there is a fair amount of agreement where it comes to an alternative for the theory of relativity and the big bang model. The alternative takes time and space as concepts that do not exist as independent entities. Only matter really exists and impulses like gravity can only be conveyed by matter particles.

Shortly after Gaastra had been asked by John Chappell to join the NPA he discovered that other scientists independently had found the same basic concepts concerning physics and cosmology. Among those scientists are Assis, Ghosh and Selleri, all physics professors who are connected to universities in respectively Brasil, India and Italy.

“Big bang astronomers think that the universe started 13.7 billion years ago from a dot much smaller than an atom. When you look at the universe as infinite old, as I do as well as many others, then the formation of galaxies, stars and solar systems can be explained much easier. In my opinion blackened and cooled down stars form the dark matter that big bang astronomers do measure but can't explain.”

Spiral form
“Concentrations of cooled down stars can attract hydrogen out of intergalactic space and thus become the nucleus of a new galaxy. I think that our Milky Way also came to existence that way. A rotating accumulation of star remnants in the center of our Galaxy is a plausible explanation for the spiral shape of our Milky Way. For big bang cosmology it is a complete mystery what ‘drives’ our Milky Way into its spiral form.”

Gaastra is glad that he can discuss his ideas in the USA, because there is the biggest interest in his work. Last month his website www.eitgaastra.nl was visited by over 2000 people from a great number of countries. Americans formed a third part of the number of visitors. 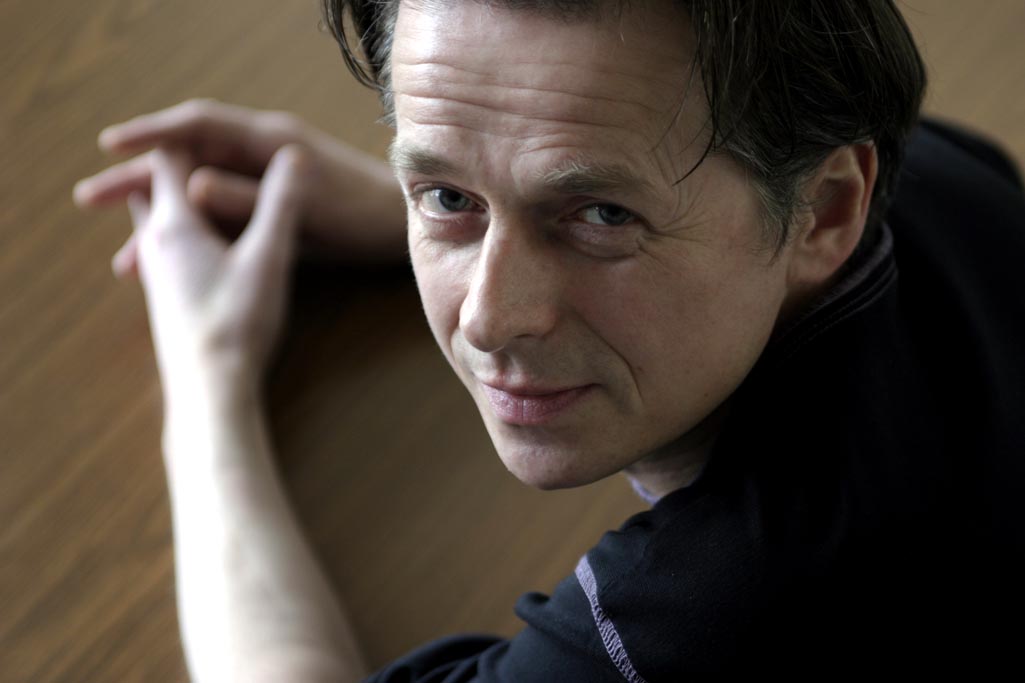 Eit Gaastra in his apartment in Groningen. © Jeroen van Kooten