‘The big bang is an absurd theory’

Eit Gaastra fights a lonely battle against the powers that be within science. According to the engineer who lives in Groningen we are going to laugh at Einstein and the big bang. Still, in the Netherlands he gets hardly support for his revolutionary theories about the Universe.

His apartment looks like a student room. Eit Gaastra lives for science, but without the status and income that go along with that. He isn't head of a science department. What's more, in the Netherlands you'll find hardly anyone with whom he can talk about the thing that occupies him so much, astronomy.
According to the chemical engineer (42), born in the Frisian village Terwispel, the world is at the brink of a scientific revolution. His thesis: the current theories about our Universe are wrong. “The foundations of modern science are wrong. Einstein's theory of relativity, the big bang theory, the existence of black holes: all wrong,” says Gaastra while sipping his cup of green thea in his Groninger apartment.

Just take the big bang. The Universe once would have originated from a point much smaller than an atom. “Absurd”, declares Gaastra. “We don't live in an expanding universe, as supposed within the big bang theory. The Universe is infinite big and eternal.” According to Gaastra the 13.7 billion years linked to the universe by big bang scientists are by far not enough to explain the development of galaxies.
“There are two major groups of galaxies in our Universe, elliptical galaxies and spiral galaxies like our Milky Way. The big bang theory doesn't explain why the Milky Way has a spiral shape, where my infinite universe model has a very plausible explanation for it.”
The explanation comes down on old and shrunken galaxies that reside in the center of the Milky way and rotate there. “Elliptical galaxies very slowly change into spiral galaxies. In the outer regions of the galaxy stars will cool down and blacken, while blackened stars closer to the center ignite again because they attract gas that flows to the center of the galaxy.”

How did he get all his knowledge together without the help of respected institutes? Self study, he replies without scruple. As an auto didact he can combine different parts of sciences into one enveloping theory. “The pitfall science faces is the fact that scientists all work within specialized fields of a science discipline. Physics have become stuck as firm as a rock, Einstein is proclaimed holy. There are scientists who really tell me: I believe in Einstein.”
Such parochialism is not his cup of thea. The son of a farmer gets his knowledge from everywhere. After he finished his study chemistry in Delft in the eighties after many ups and downs, he worked as an environmental researcher for two years at the Erasmus University in Rotterdam and then felt that there was something else he wanted to be occupied with.

Another direction showed up unexpected, after he had written a novel that had gotten published, but which, unfortunately, had not become a success. At a certain day he enjoys fine weather at the Hoornse Lake and then new insights shoot through him like lightning.
“Then I realized that current science is at a dead end.” He particularly shoots his arrows at Einstein's theory of relativity, which is the basis of current cosmology. According to Gaastra the theory of relativity is wrong where it states that the speed of light is always constant and that space and time are relative concepts. “This leads to all kind of outgrowths, like the string theory, which even states that there are eleven dimensions.” 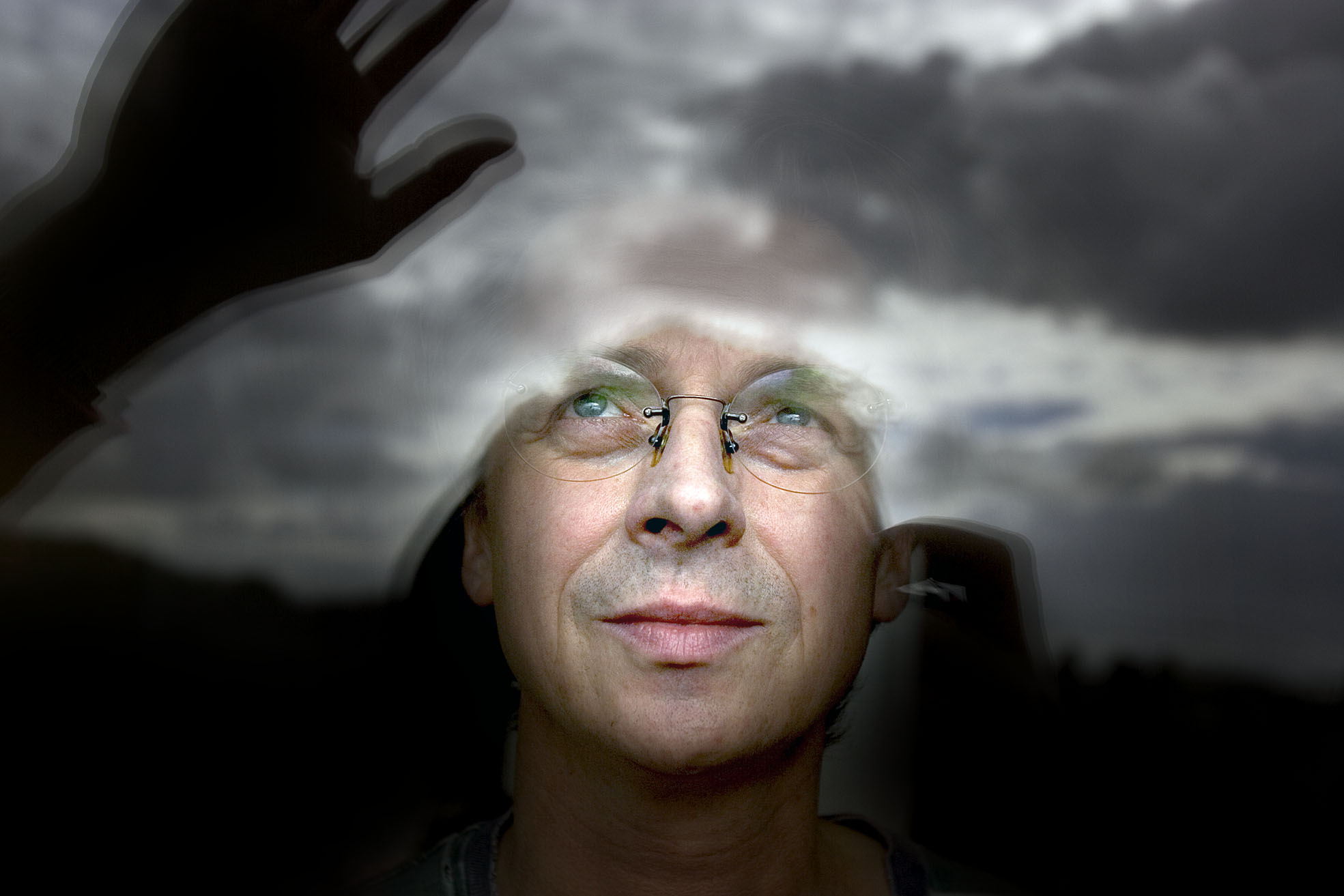 Eit Gaastra has revolutionary ideas about the Universe. © Reyer Boxem